I was asked by a friend to make a king size quilt using only 6 embroidered blocks. That's a small amount of fabric to piece into such a large quilt.

But I took on the challenge. 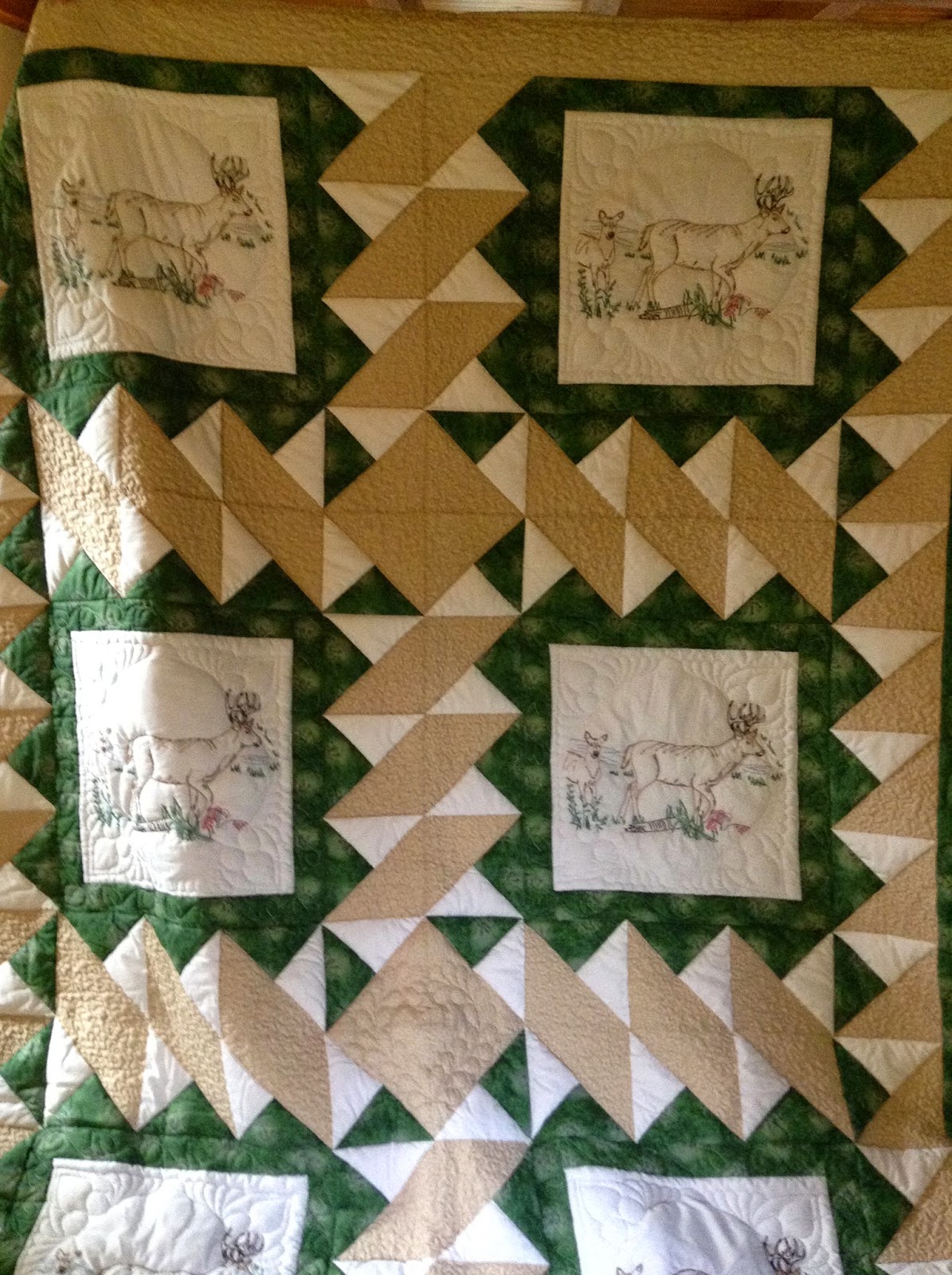 I think it turned out pretty darn good, if I say so myself. 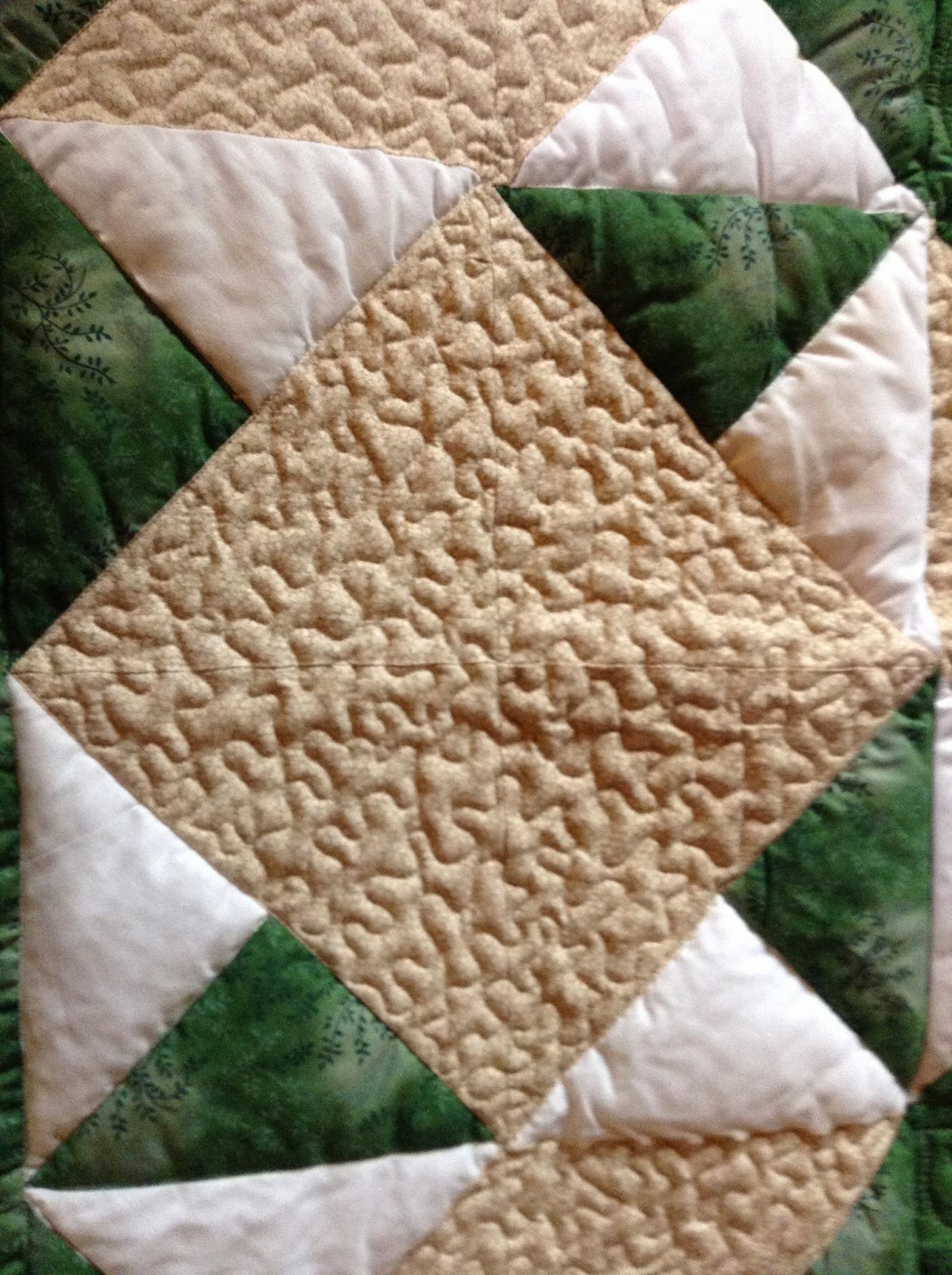 Brenda, a high school friend, did the machine quilting. She did a fabulous job! 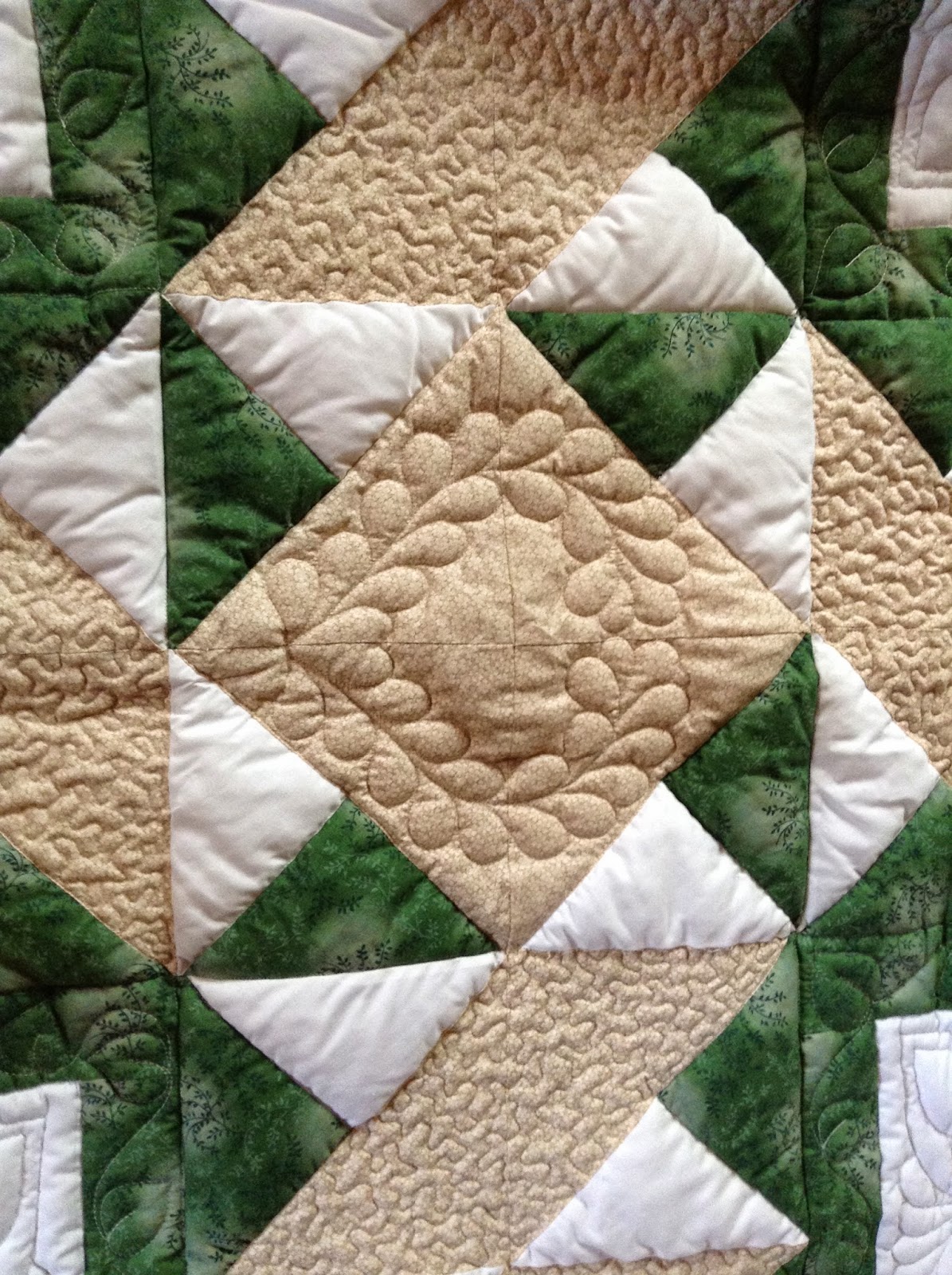 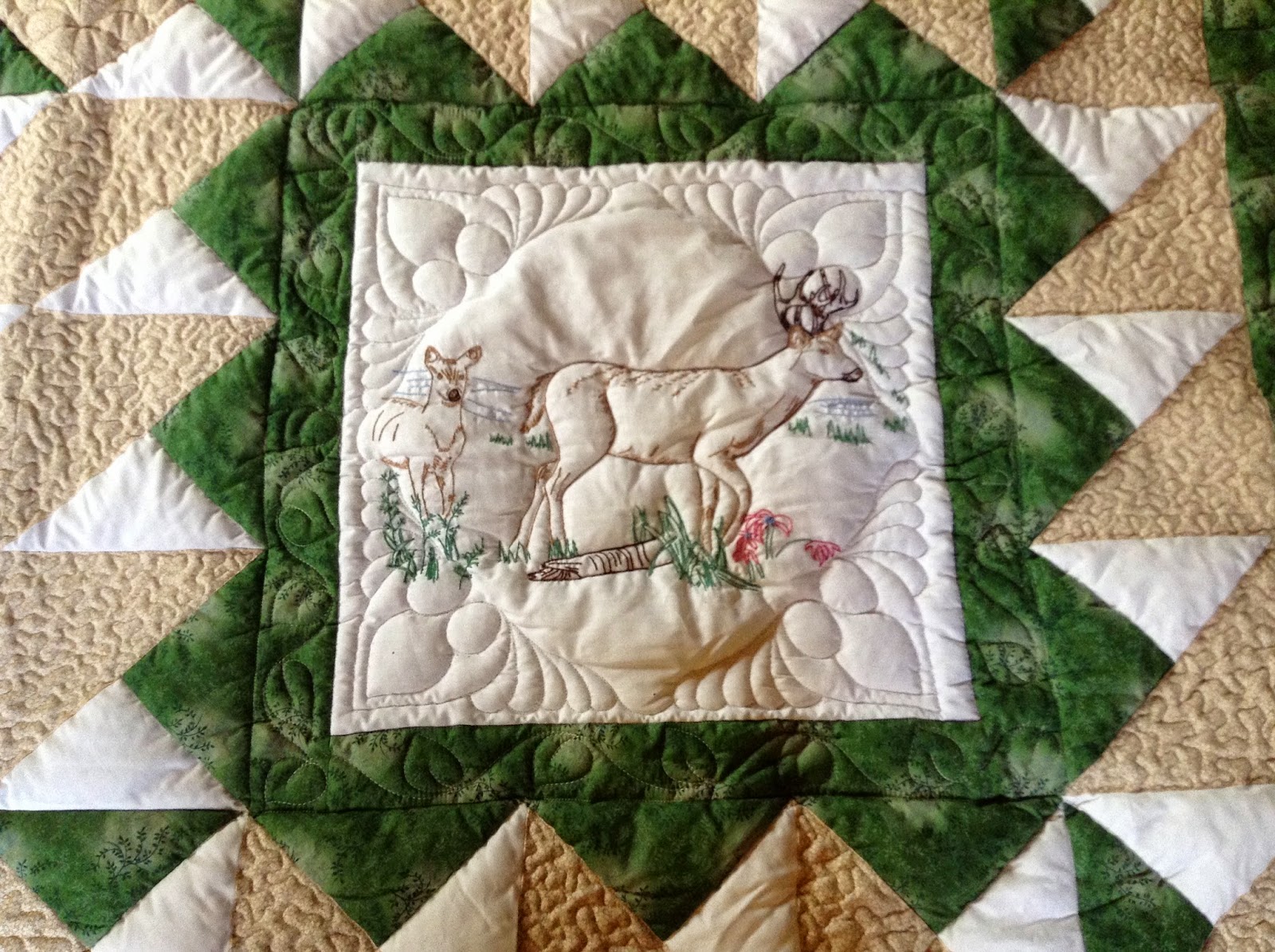 I think my friend's grandson and wife to be, who are receiving this as a surprise wedding gift, will be excited!
Posted by Osage Bluff Quilter at 7:22 PM 5 comments:

Yep, I did it again.

I bought another singer machine.

I had no intention of buying another one, well maybe kind of.

Here's my story and I'm sticking to it. On Craigslist Sunday evening there were two Singer sewing machines advertised. One was a 1913 Red eye in treadle cabinet (very nice) and an older fiddle base singer.

I really didn't think I wanted or need them. So I sent the listing to my friend Phil. He said he'd like to have the Red Eye for a price, so I replied to the seller and made an offer.

Monday morning I got a reply, from the seller that he wanted to sell them and would take a bit less than what he had them listed.  I replied, asking if we could come by after grandparent day activities at school. 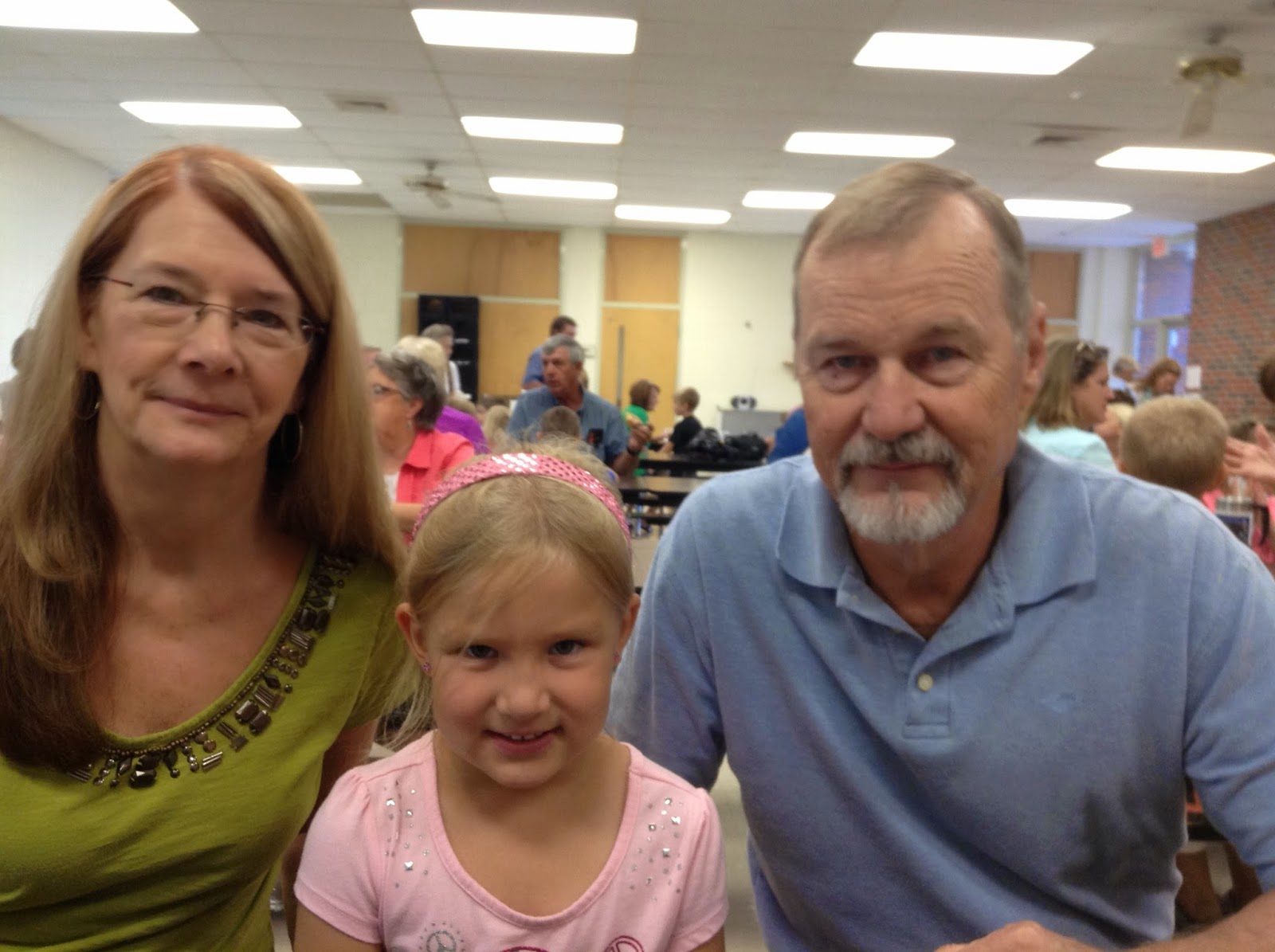 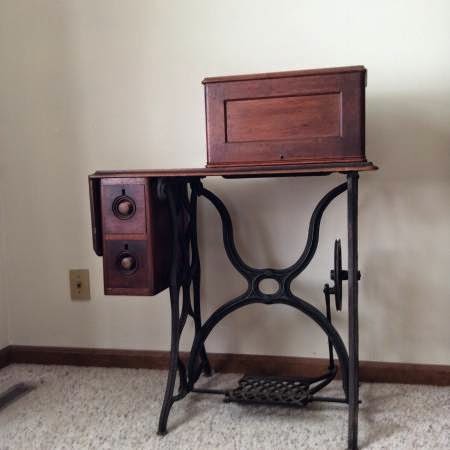 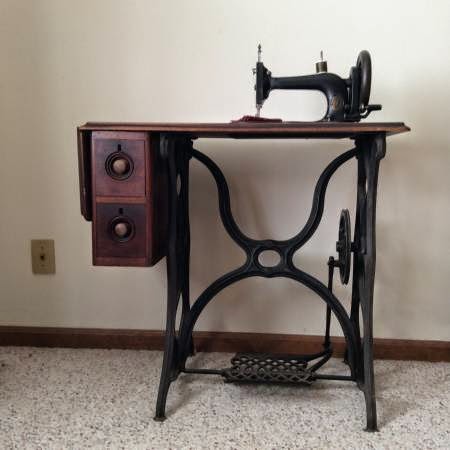 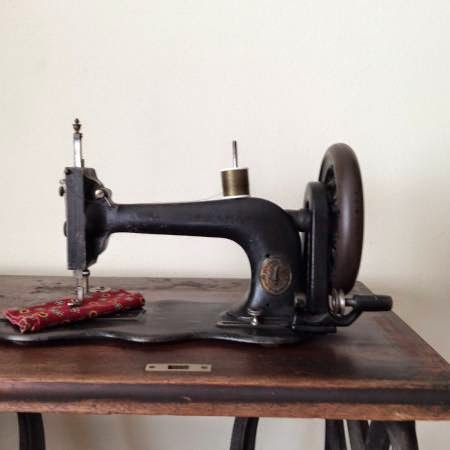 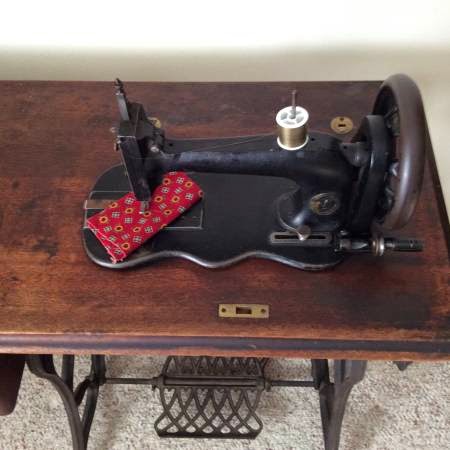 (See the shape of the body?, thus the fiddle name) 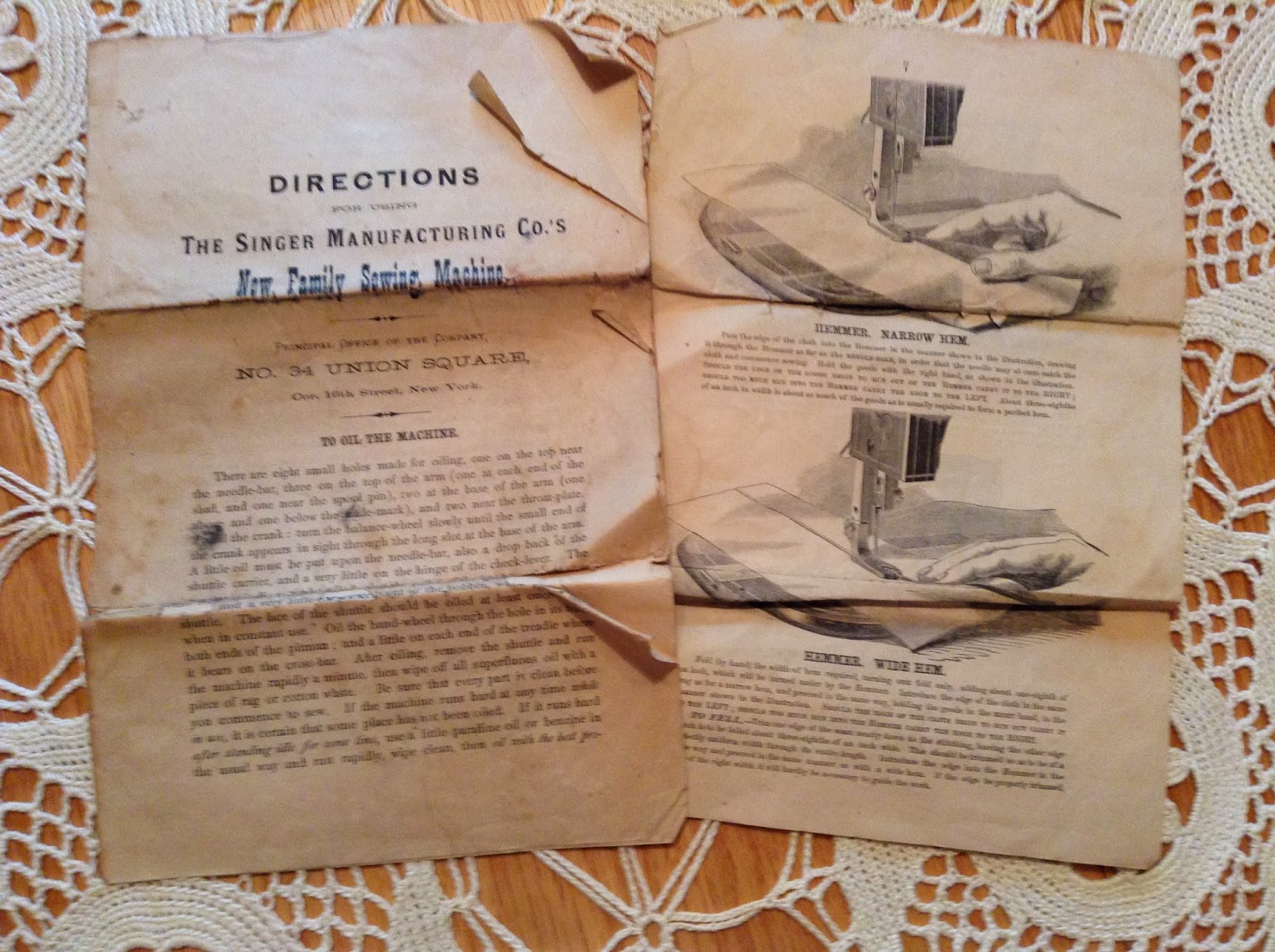 In the drawer I found the original paper/booklet. I also found papers indicating that the machine was owned by the Wunderlich family from Osage City, Missouri (about 15 miles from my home) 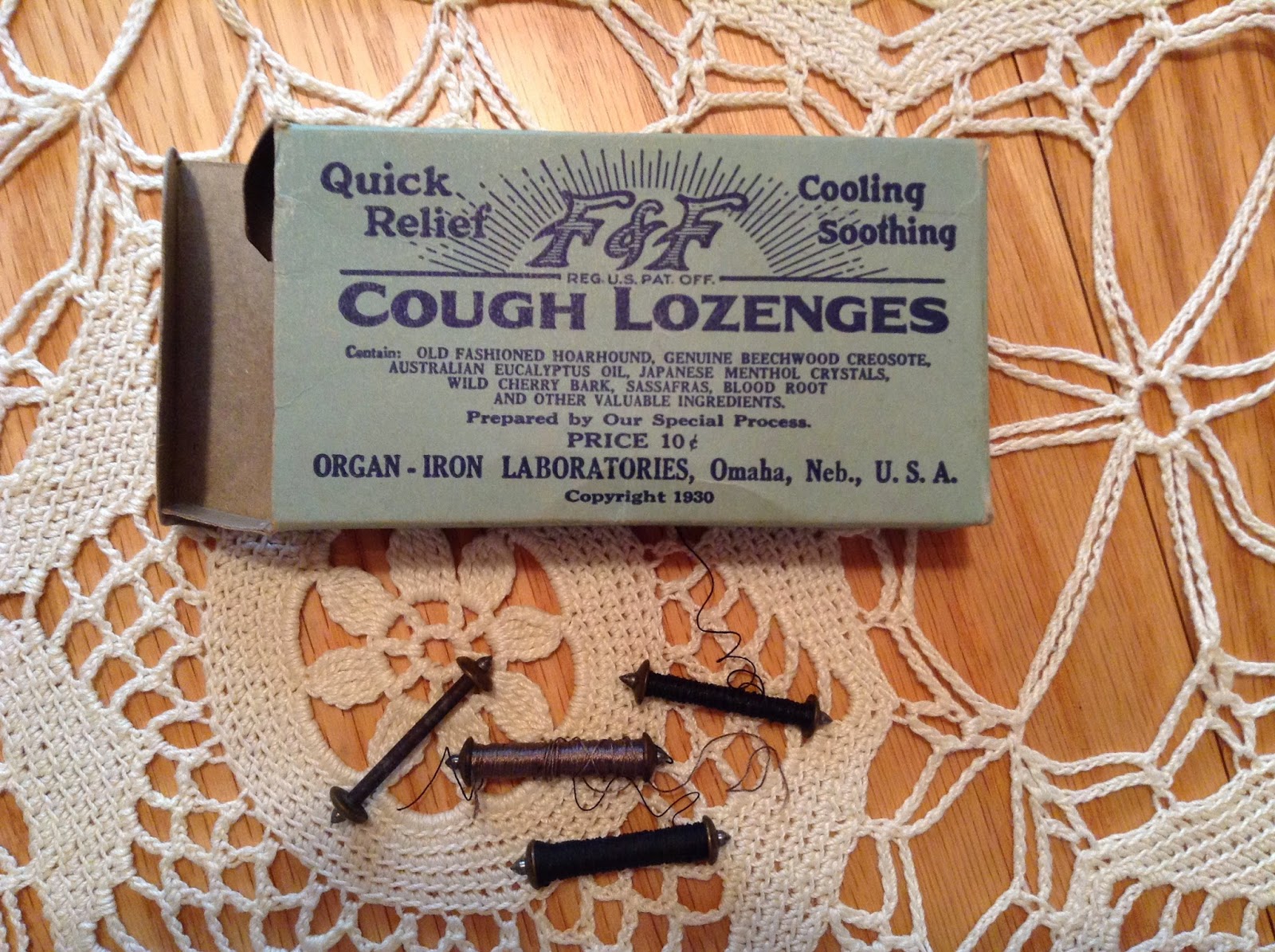 The nice gentleman also gave us some spare bobbins in the old cough lozenges box. 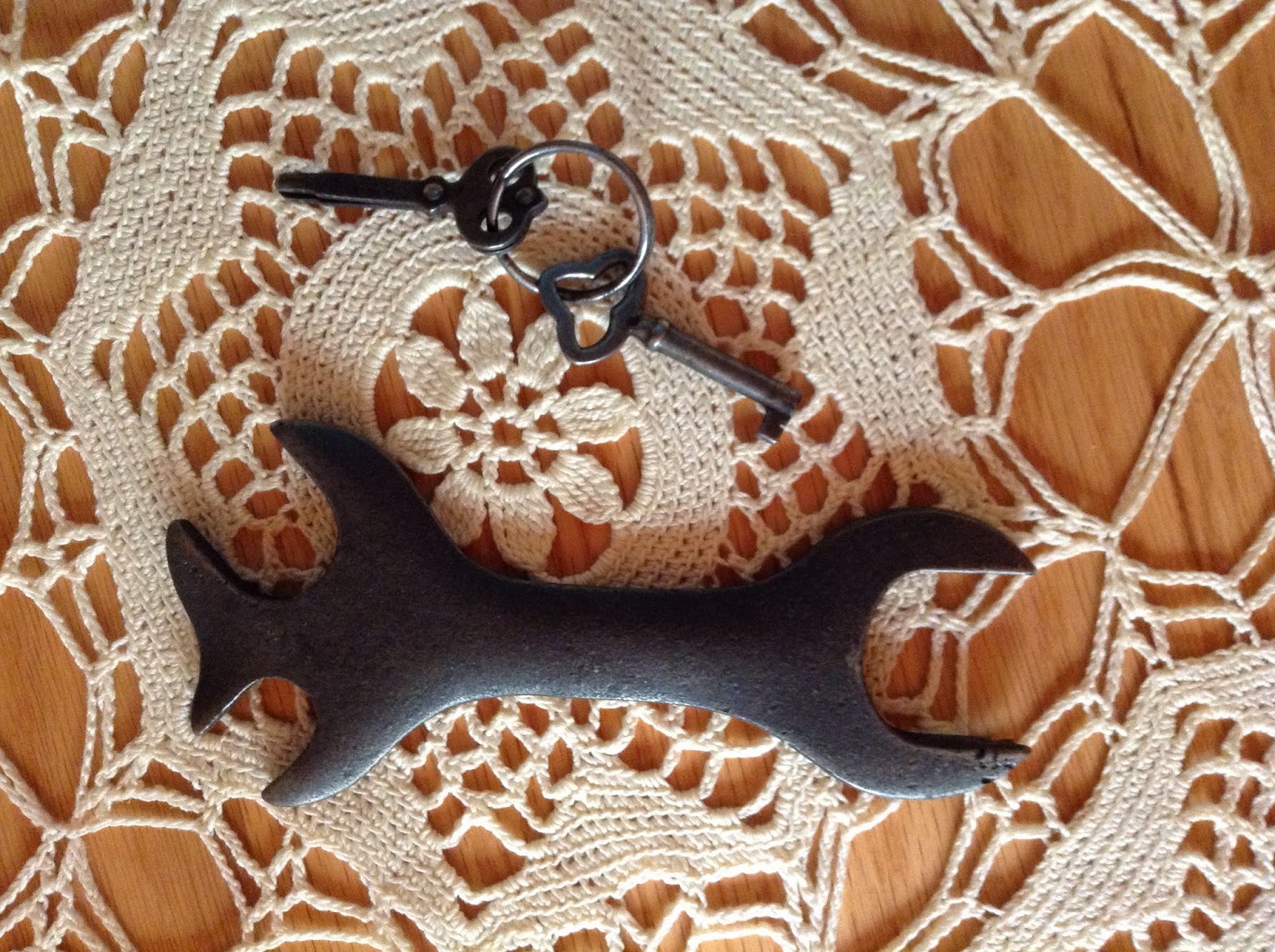 Claude (the fine gentleman who was the seller) is a quilter too. He had collected old machines but it was now time to reduce his inventory. We came at a good time. I told him the red eye would be working in the Amish community. He then asked if we would be interested in a spare treadle base. 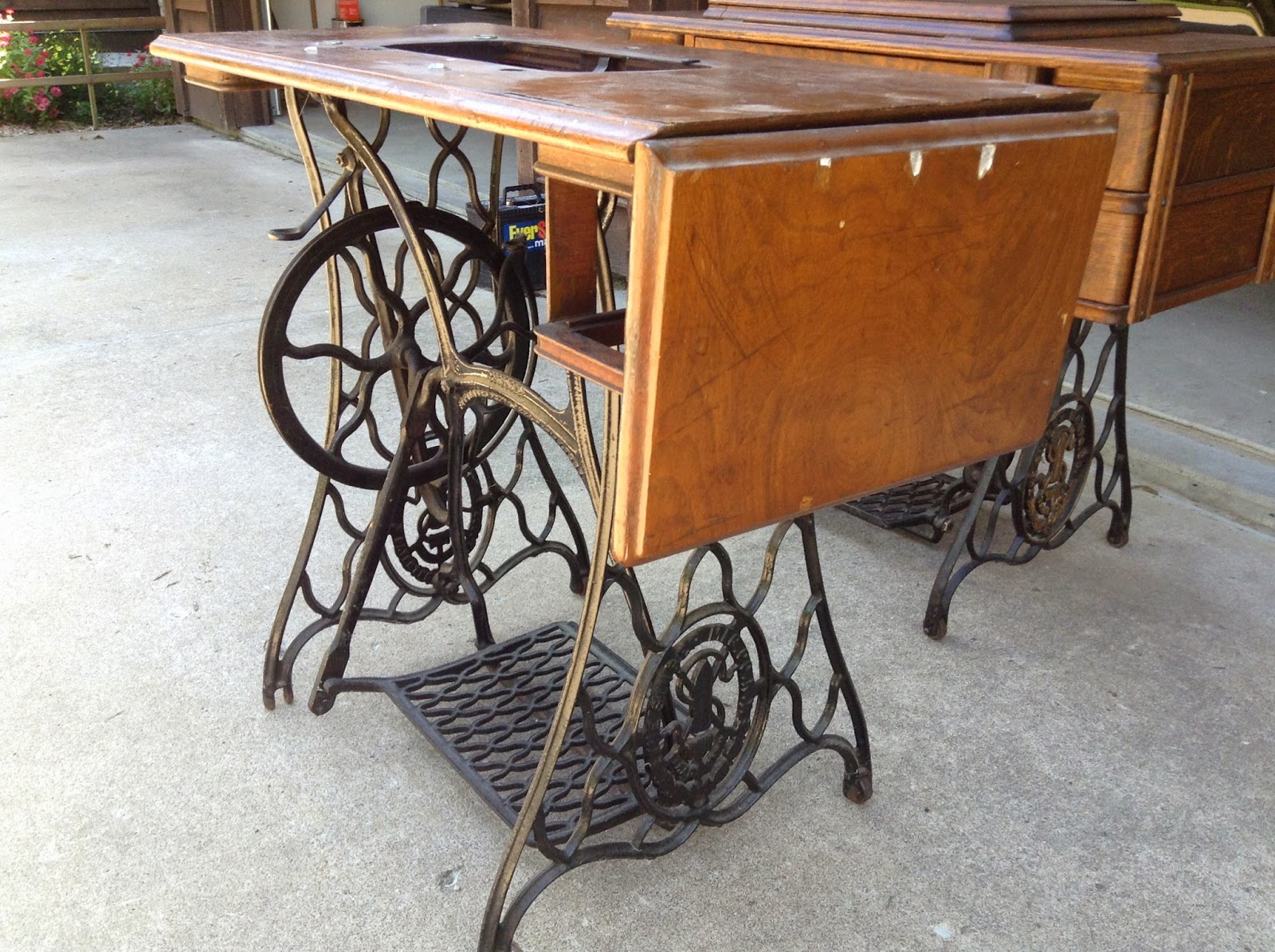 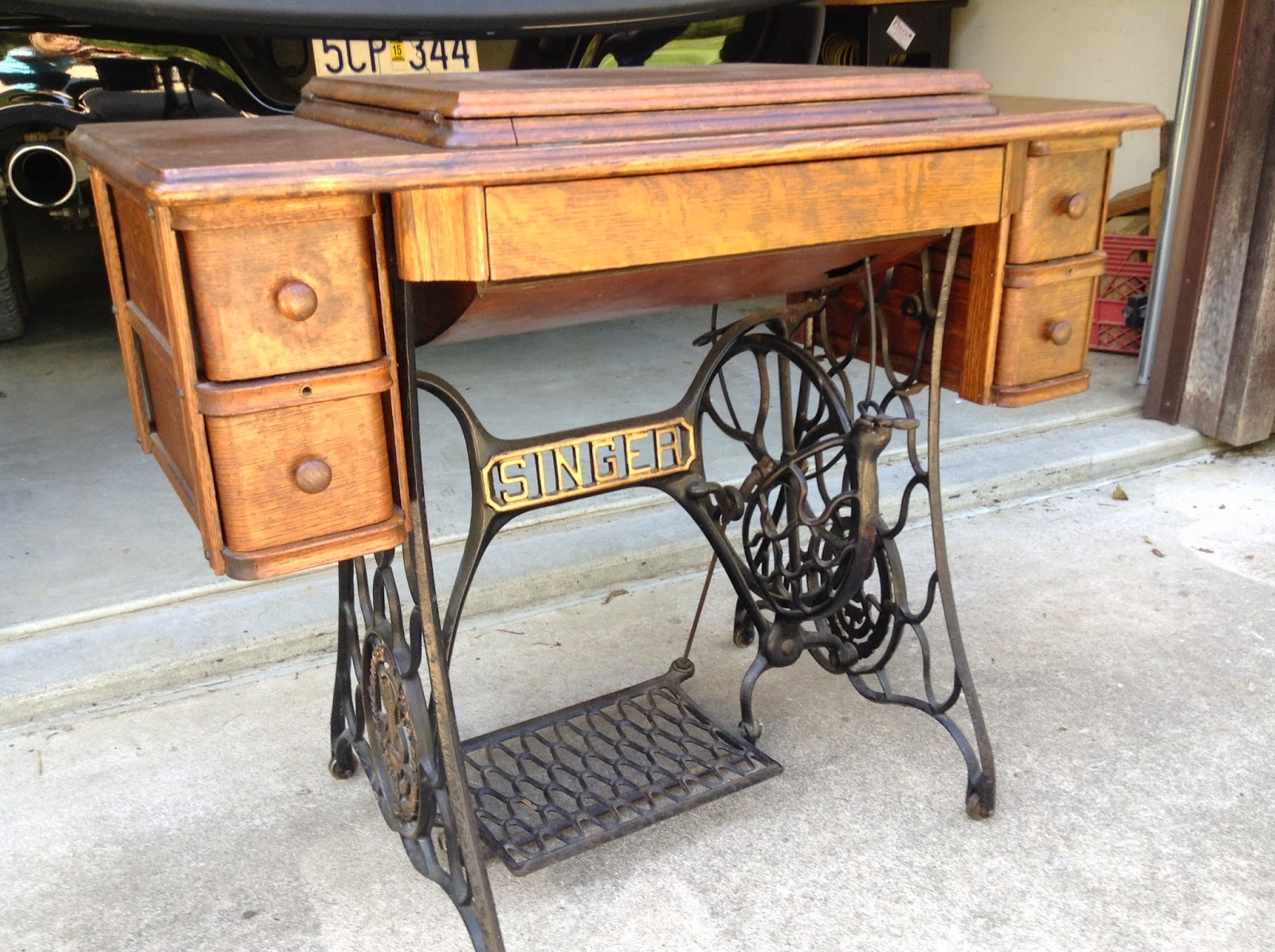 This is the cabinet the red eye was in. 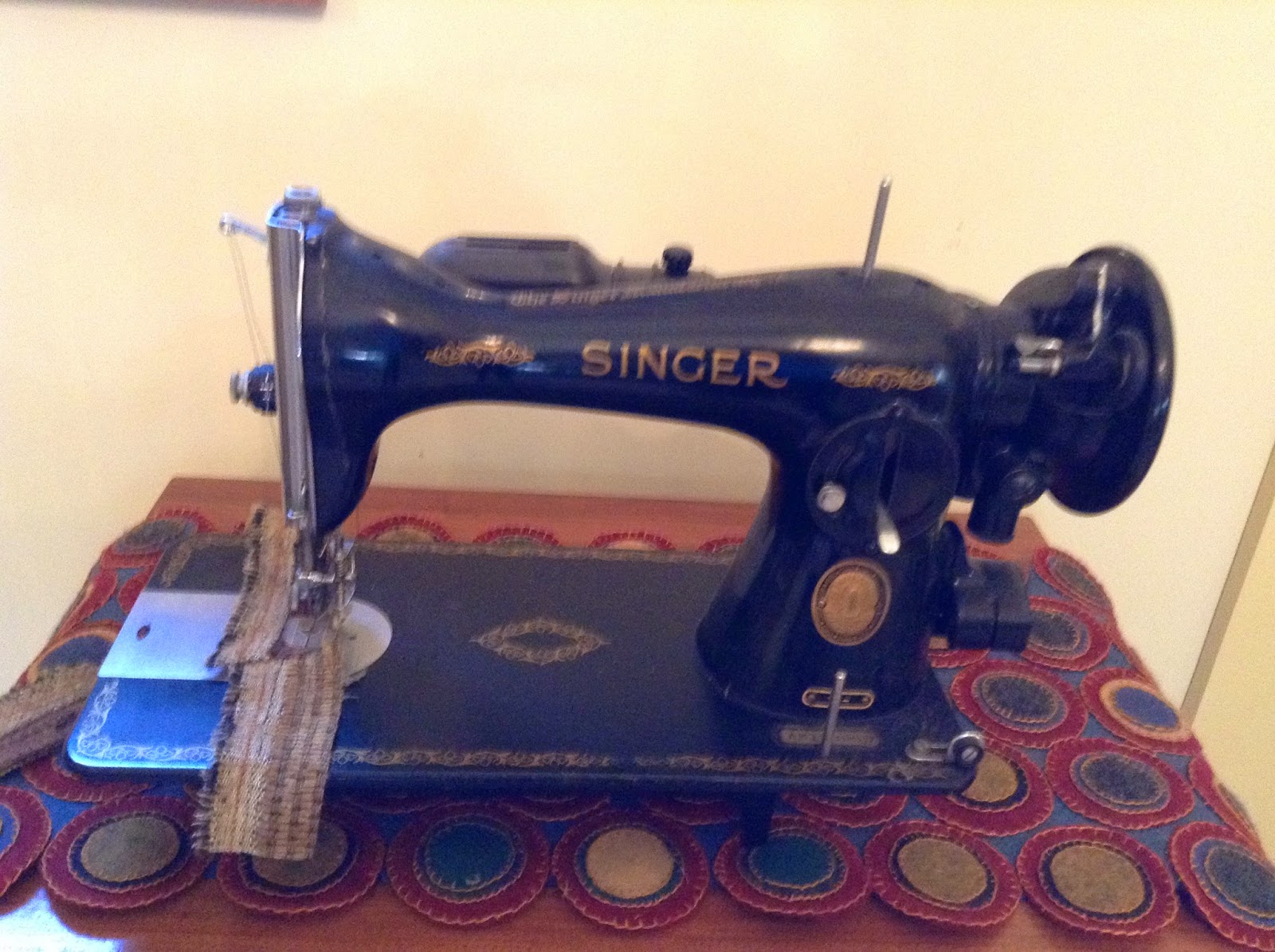 He then carried this singer 15-91 (A real great quilting machine) up from the basement.

After loading 3 cabinets and 3 machines we were out of there.

I set the 1874 machine in my living room. Beside it I set the blacksmith's grandmother Martha's sewing rocker.


I sometimes do pass on great things. Below are several pictures from an auction we went to Sunday. It was cast iron heaven. There were so many unique pans there. But not the one I needed, a Wagner #11 skillet, so we left. 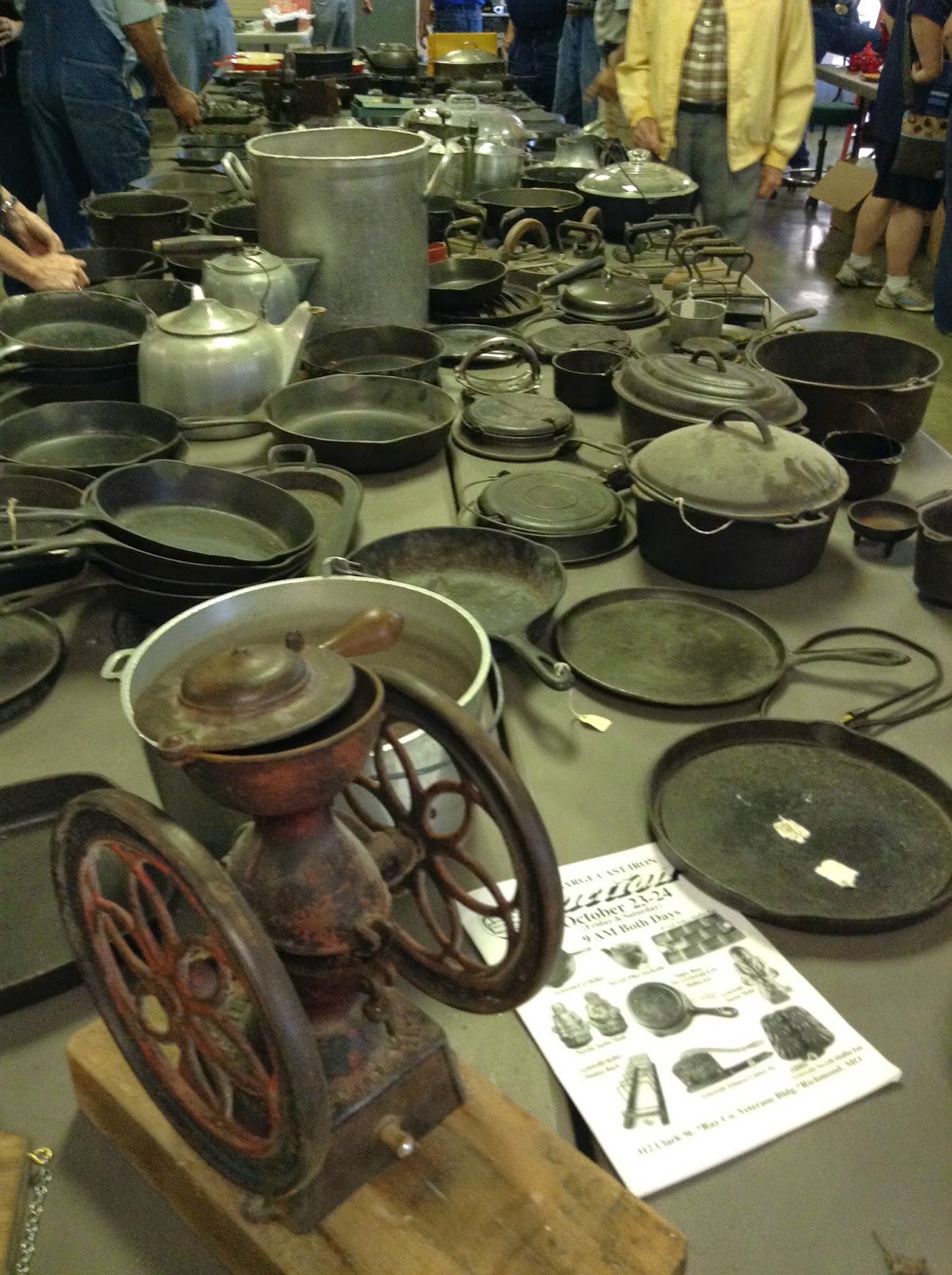 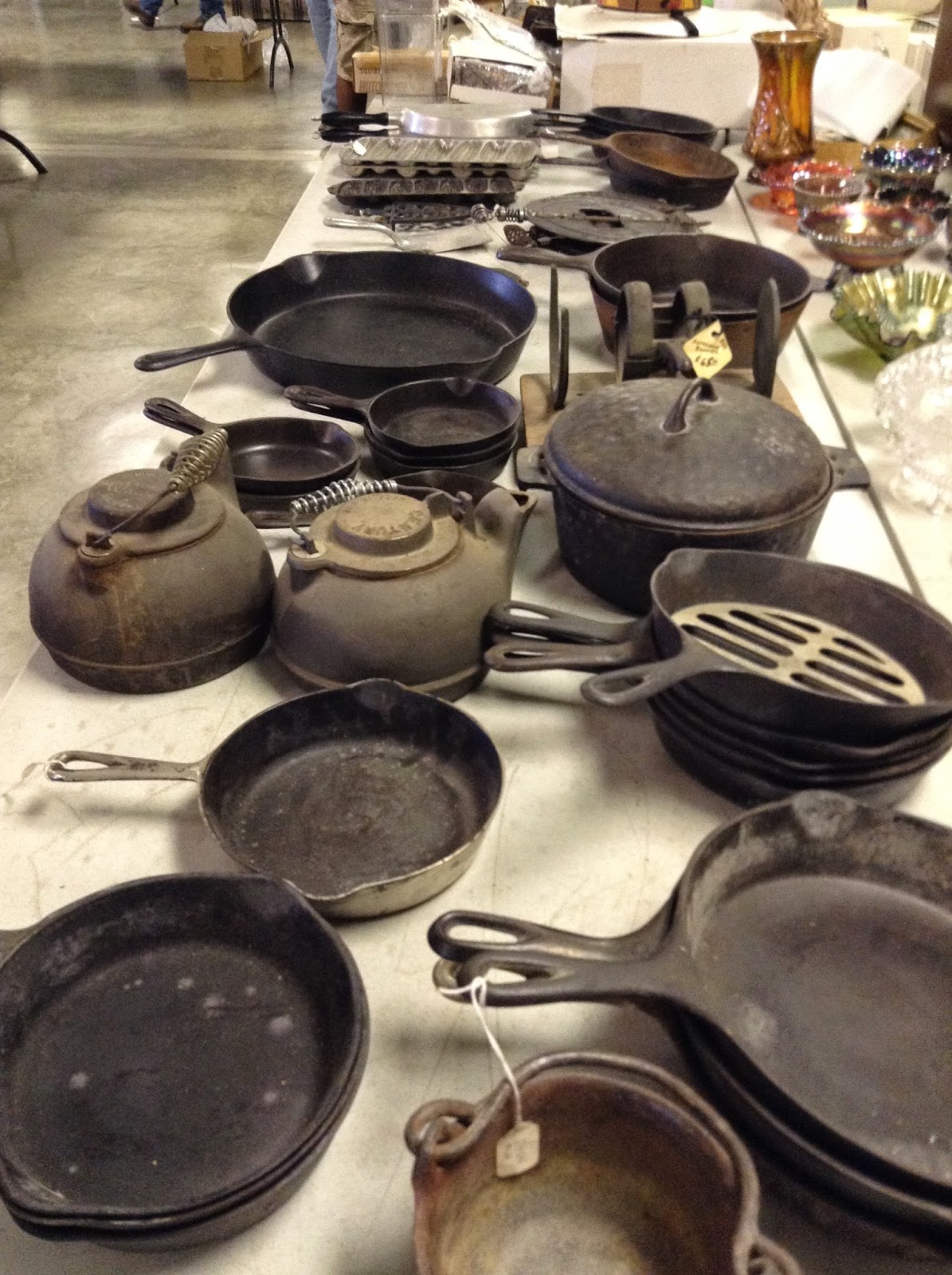 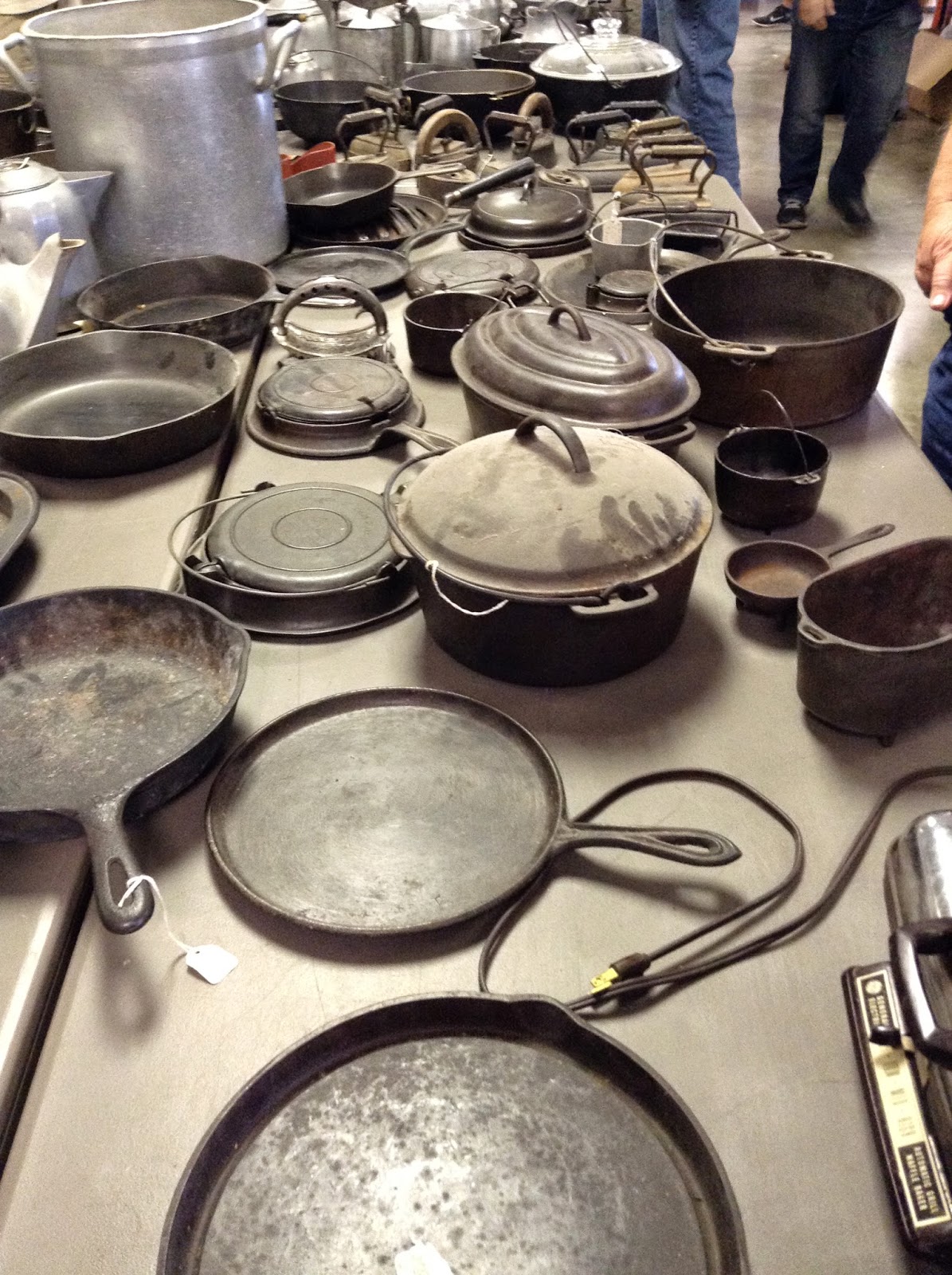 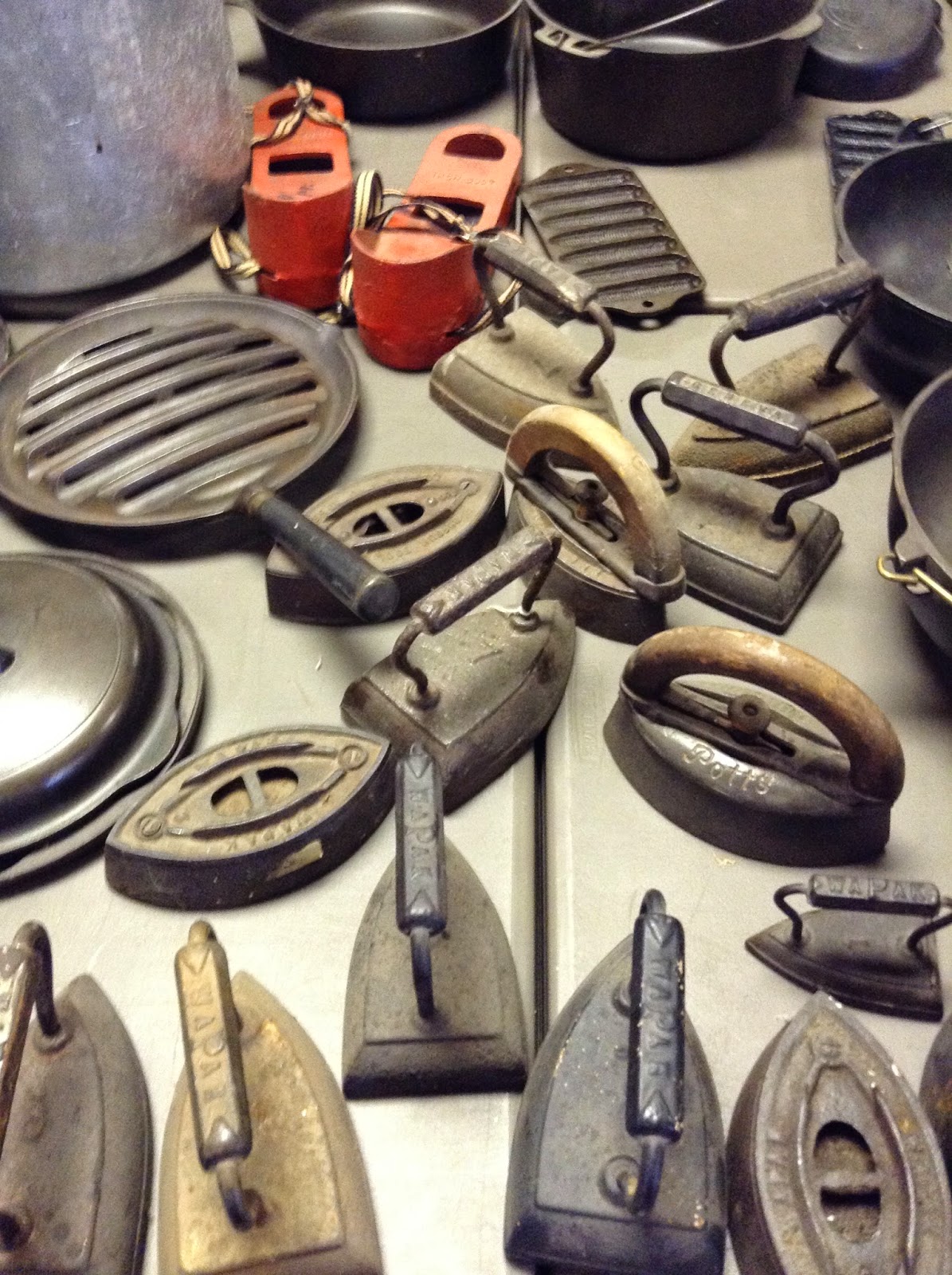 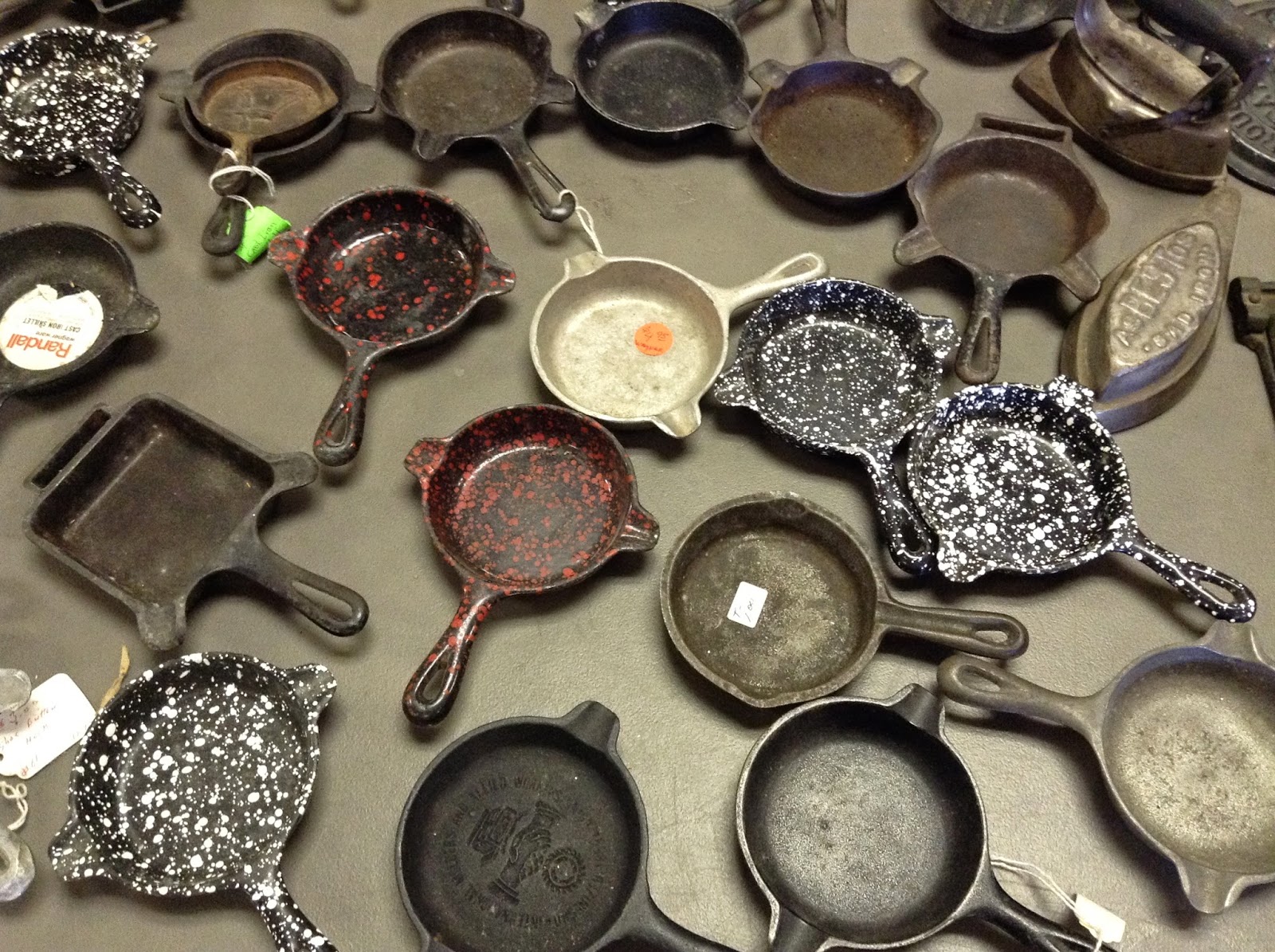 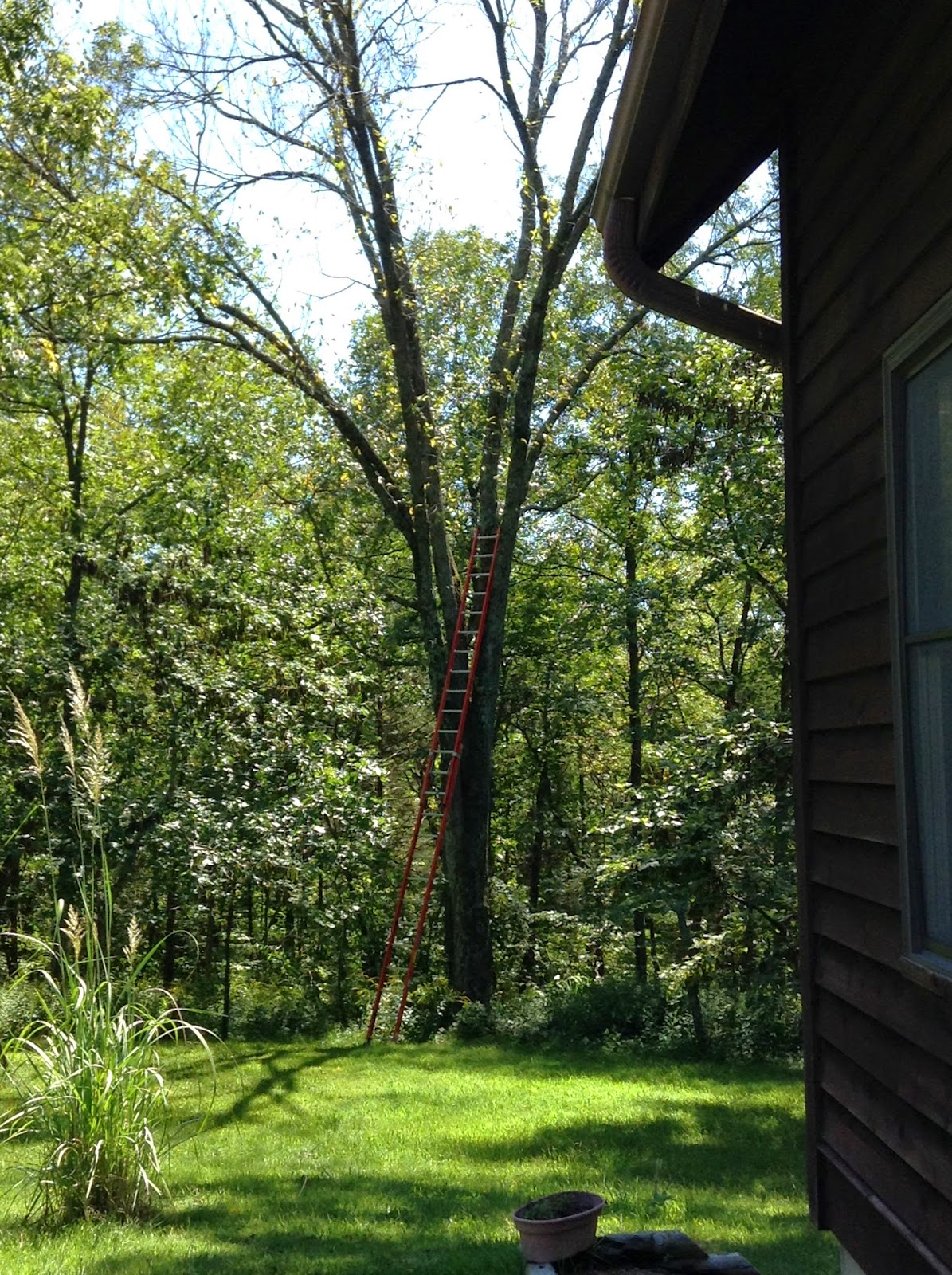 We came home to work on this tree. . . instead of a good auction.