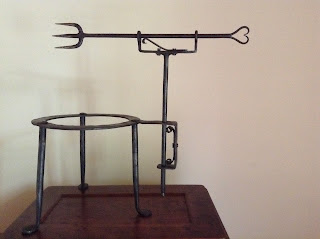 My man, the blacksmith made it. Read all about it here: http://osagebluffblacksmith.blogspot.com/2015/06/a-few-new-items.html
Posted by Osage Bluff Quilter at 8:23 PM 1 comment:

We had tickets purchased to fly to Orlando for the day our grandson was due.  However, he made his appearance 10 days before that.  So we still flew on on the day he was to arrive. He, Mom, Dad, and older brother Connor were already in a routine.  Well as much of a routine as you can be with two boys still getting to know each other. 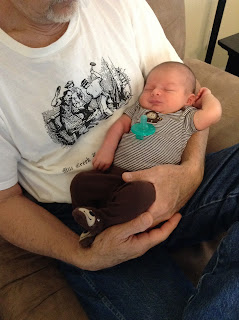 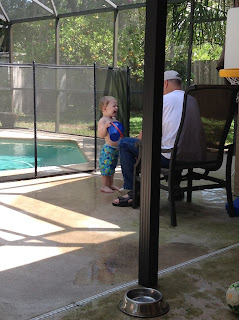 Connor enjoyed his grandpa time too. He loves the outdoors and water. But then what 2 year old doesn't. By the second day, Connor would go get his shoes, take them to grandpa and say "outside"
. 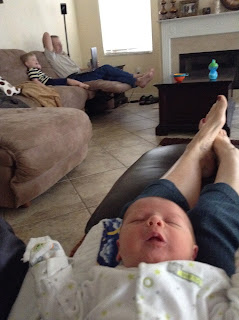 Ever once in a while, I got to hold Logan.

Connor knows all his alphabet. So Grandpa was testing him on the computer. Play the video, it's adorable. 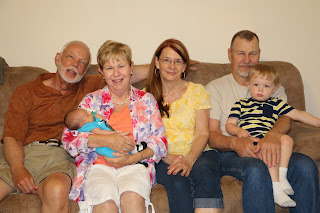 We finally remembered to take a picture of the boys with all their grandparents. Something I hope they appreciate in years to come. 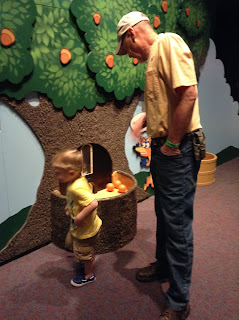 We went to the science center one day. Connor was impressed with plastic oranges and a chute. 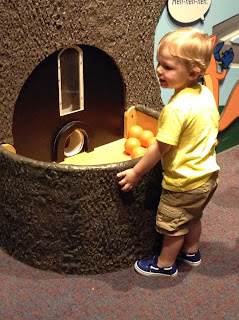 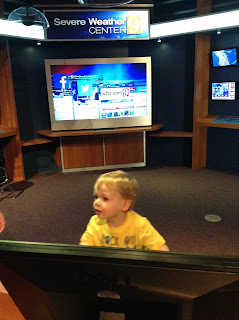 The science center has a mock weather station just like Connor's daddy uses at work. 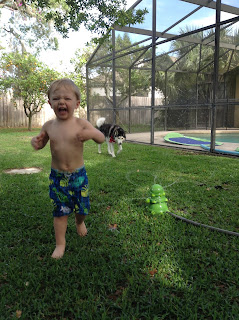 Again, back outside.  This time with a new water sprinkler we bought for him. 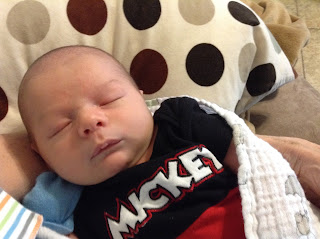 In the mean time Logan snoozes away. If you live in Florida, especially Orlando, you have to have Mickey clothes! 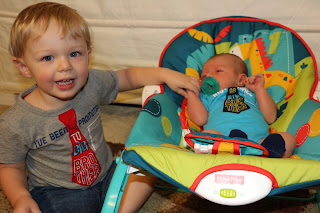 Can you say precious?!! 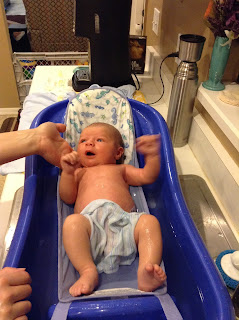 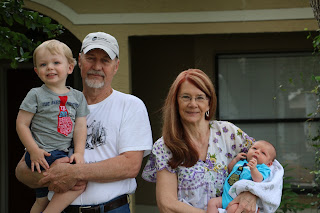 As customary, we had to have a photo out front, on our last day. Actually we cheated, this was the day before we left. I didn't think the boys would be too cooperative for photos the morning we left at 6 AM.