As I last mentioned in October, I had no intentions of getting another Singer sewing machine. I was on the wagon!  That is until I got a message from my friend Pattie in North Carolina (a 10 hour drive away), 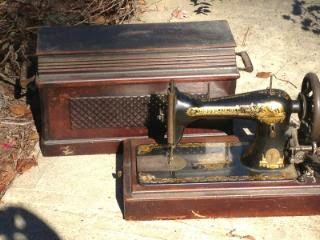 Now, just how to get it back to Missouri?  It then dawned on me, we had a blacksmith friend that was going that way in a week to take a class at John C. Campbell Folk school.

So I jumped into action and called my friend Kathy who lives in Brasstown. I asked her if Pattie could drop the machine at her house, so that Missouri  Bob could pick it up there.

Yes, all the stars lined up.

October 27th, after dropping our daughter and her family off at the St Louis airport, we took a little detour  to DeSoto Missouri. Bob had this waiting for me. 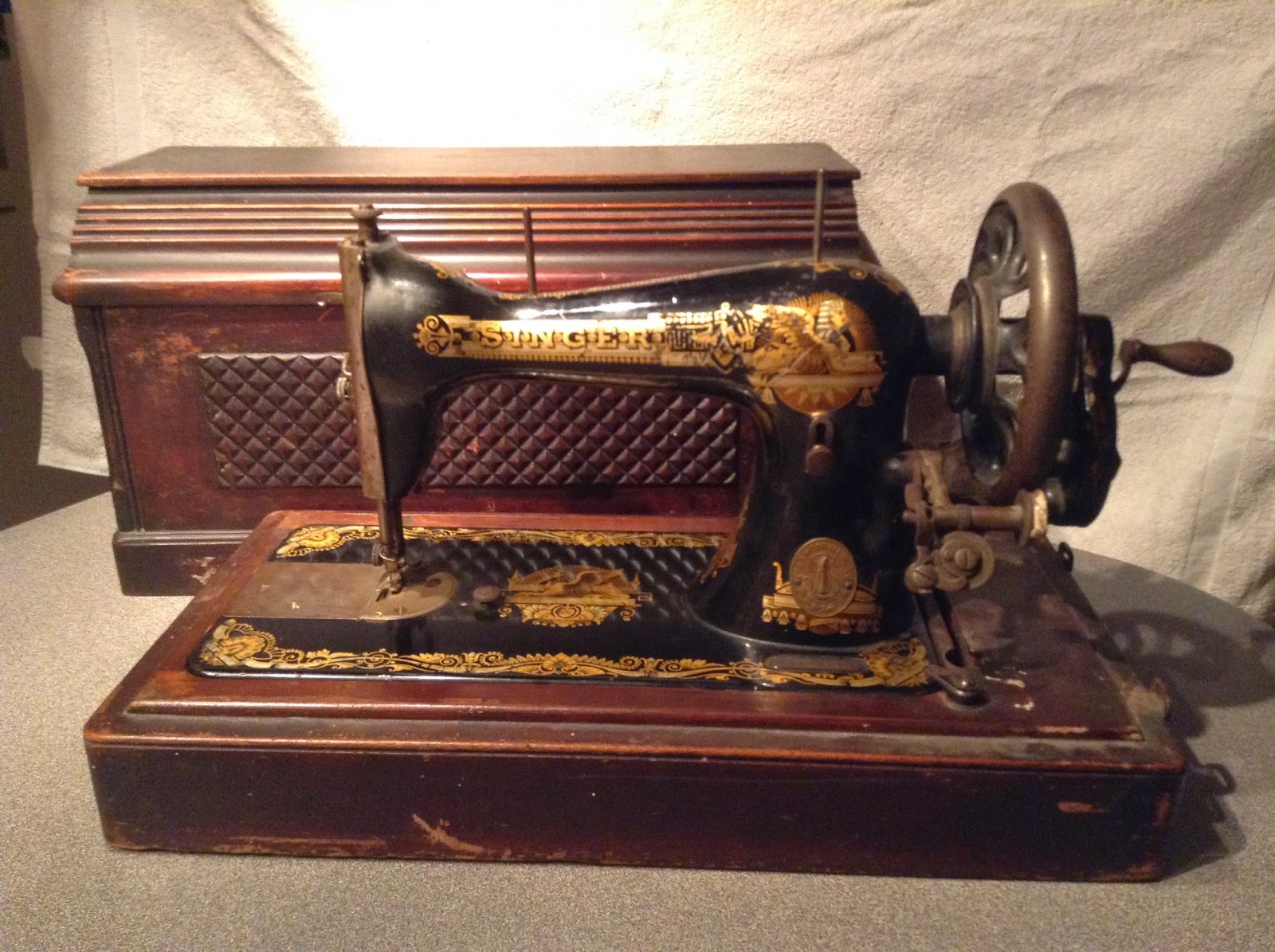 This is what it looks like after a day with me and my best friend, denatured  alcohol, working together. 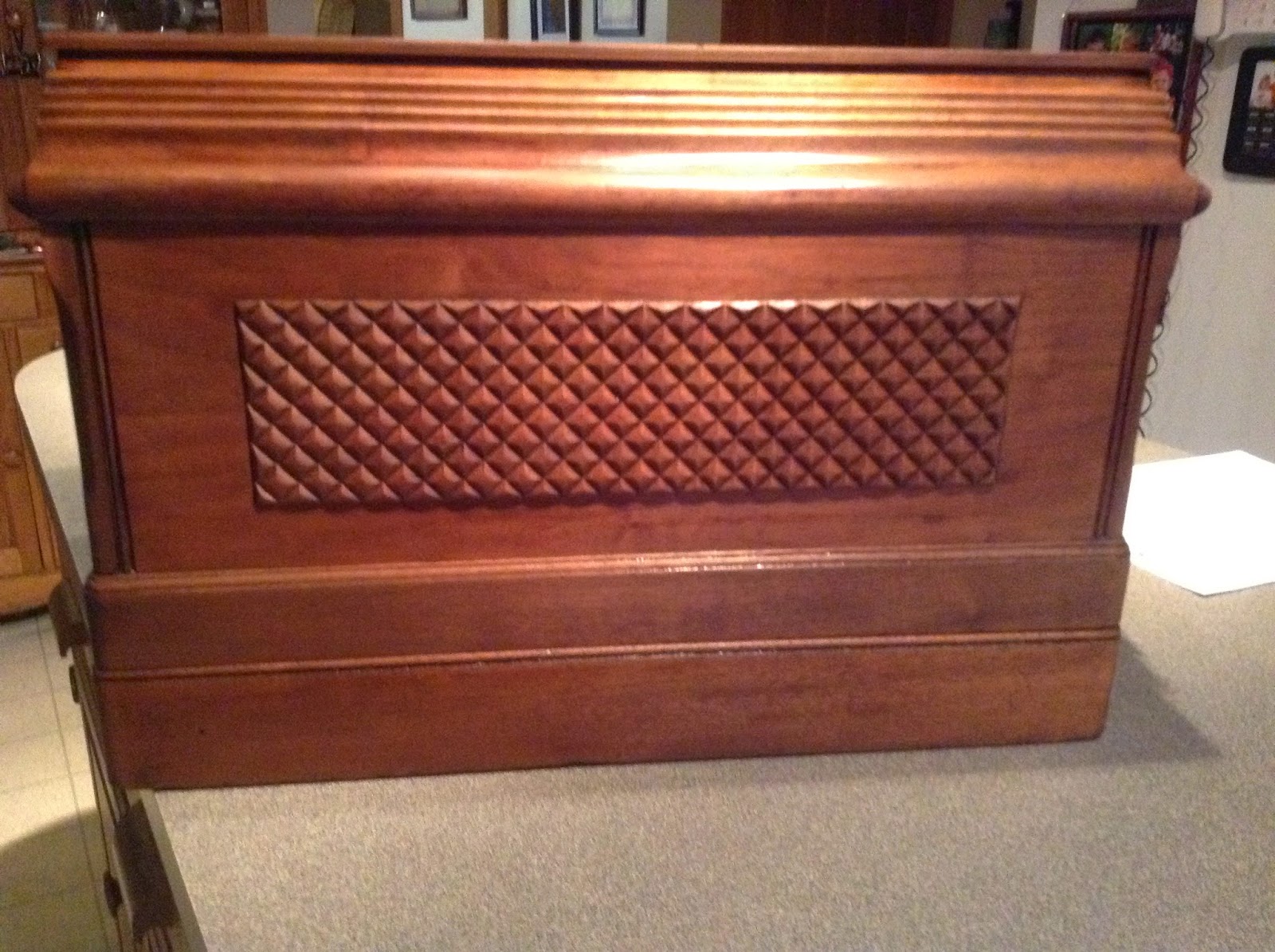 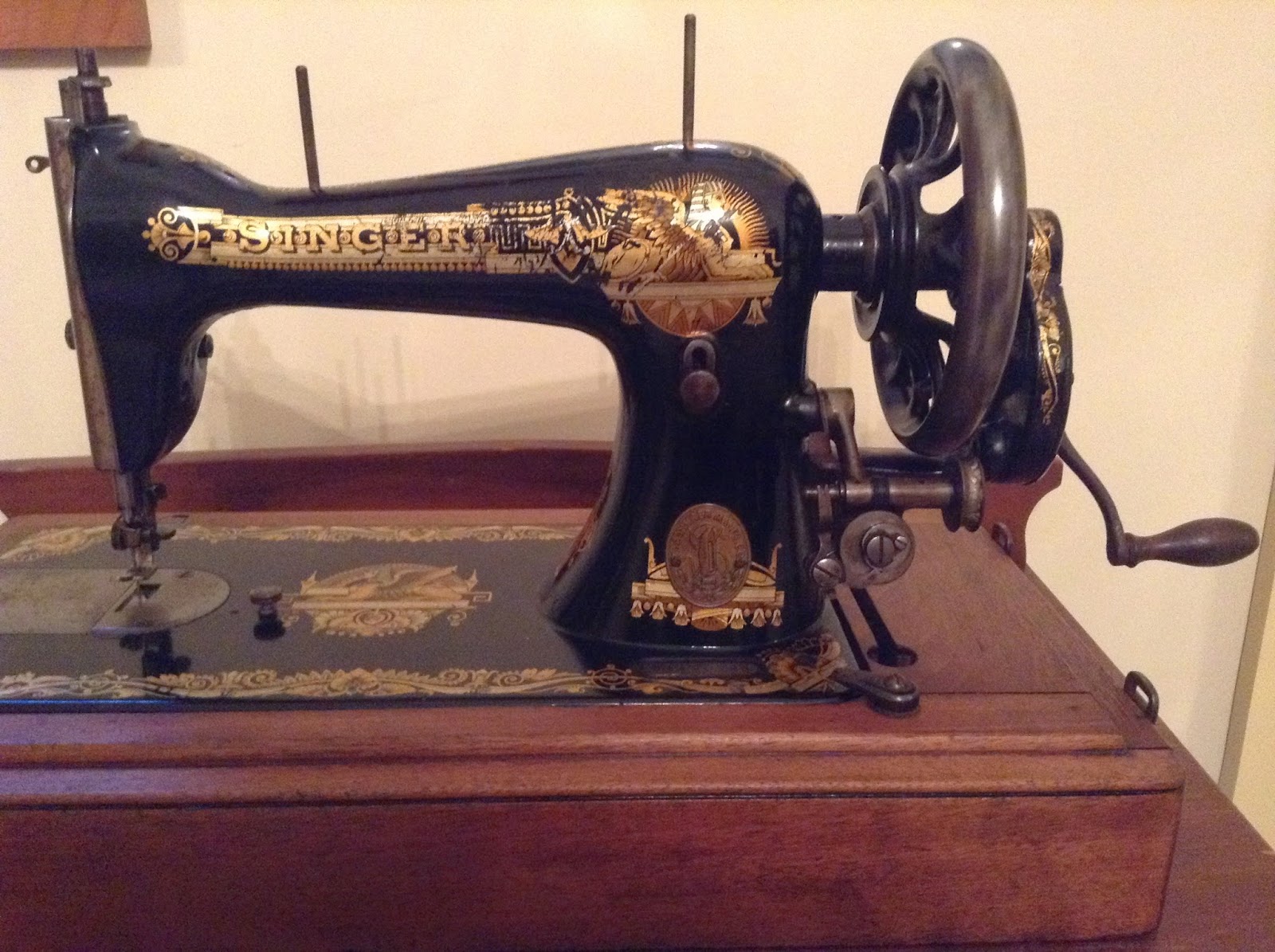 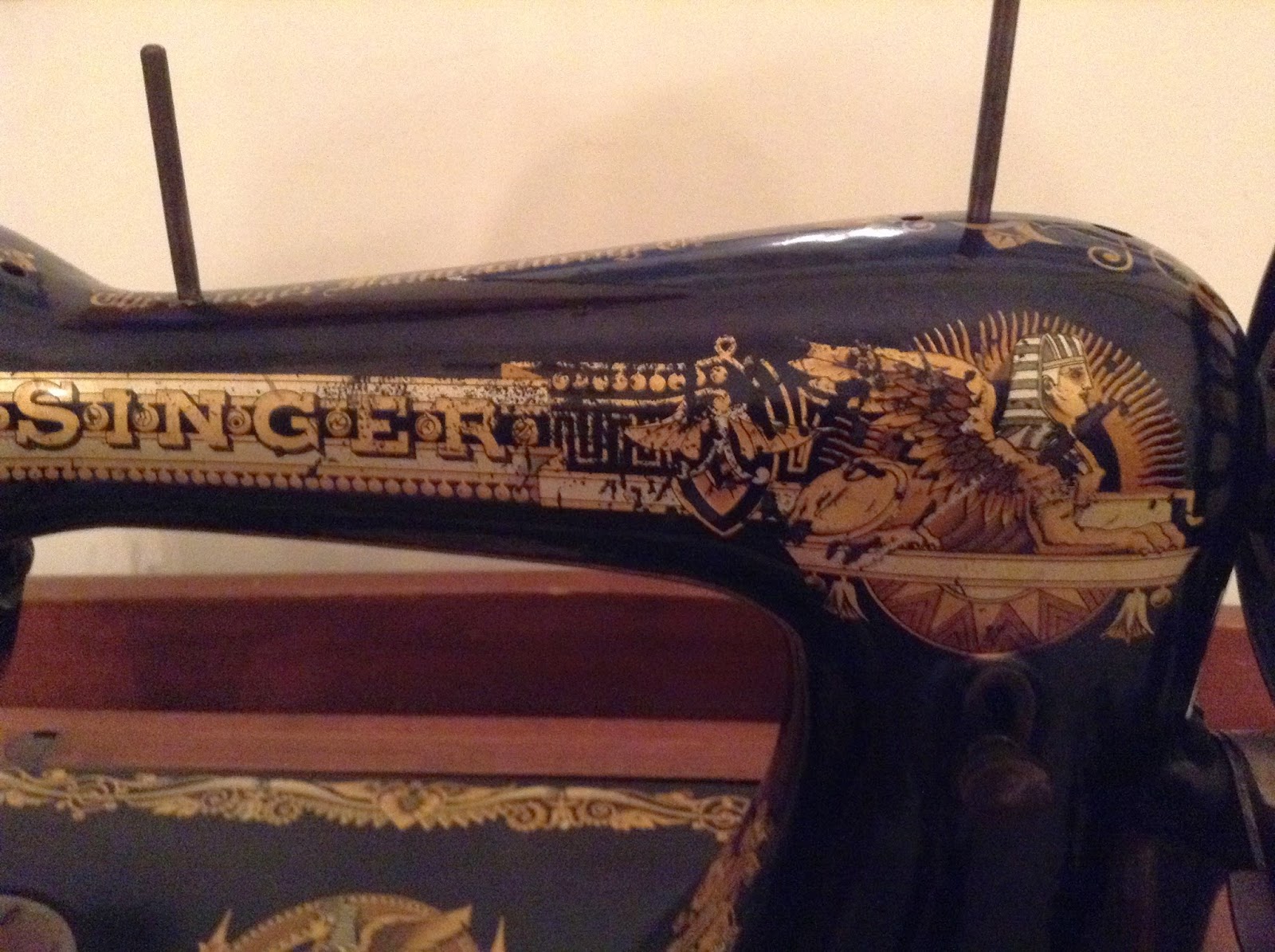 The decals are called Sphinx.  Between the Singer and the Sphinx you can see some flaking. I believe this was done when the lady that used it all the time, had probably a piece of fabric wrapped around there, and that was her pin cushion.  What a "no-no"!

So there is now my 15th machine! 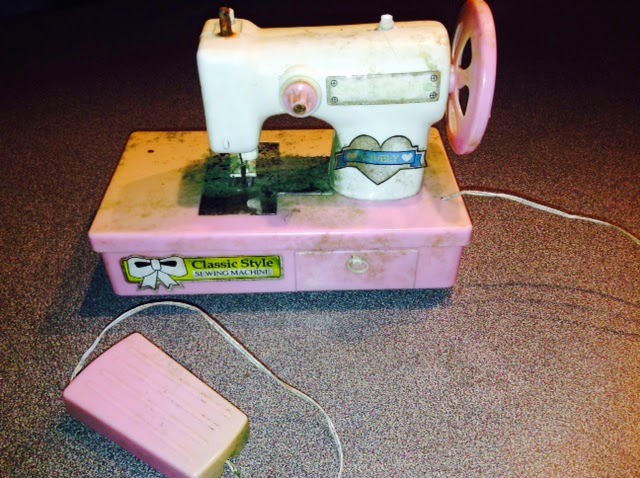 My brother in law Pat, who is a faithful reader of my blog, gave this to me. He found it when deer hunting last week. It came home and was set on my kitchen island.  About an hour later I went in the kitchen to find ANTS, crawling all over my cabinet!!!

So until I can get it cleaned up, it's in the garage in time out.

I did turn down the following machine. It was in pretty rough shape. It's a Willcox and Gibbs, just like the one I bought at Goodwill for $30. However this one came with it's original stand, which is a killer!!

She is asking $75 for it. It was her Grandmother's machine.

The cabinet had too much peeling veneer, the metal stand was rusted, the top plate was so rusted you couldn't read the writing on it. It had a drawer full of attachments, even a box of the hard to find needles. The book was there, but in many pieces. Both the keys, one for the drawer and one for the cabinet were there too. 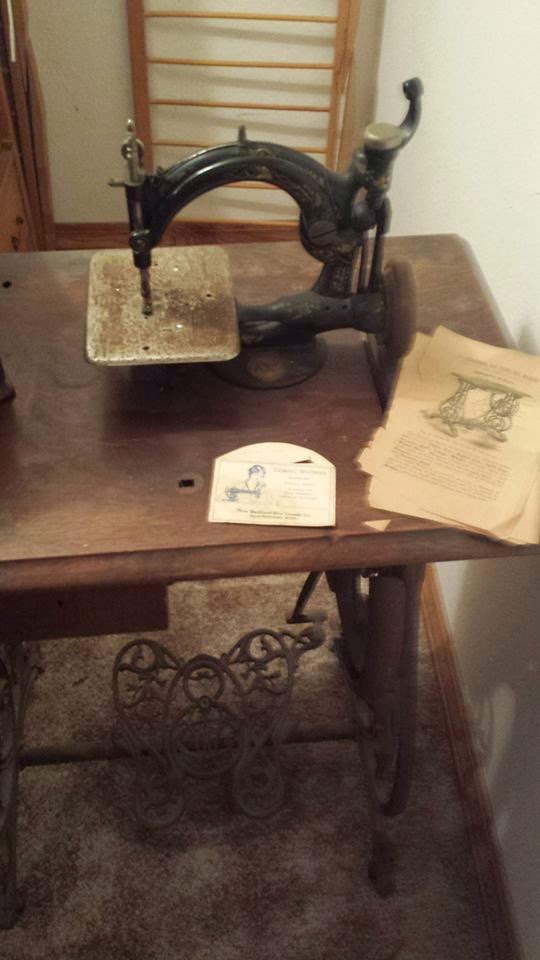 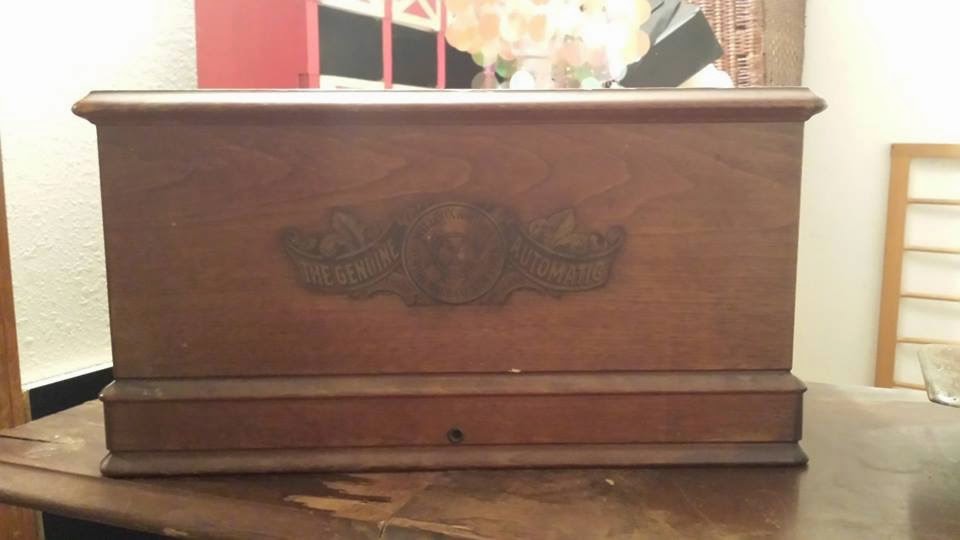 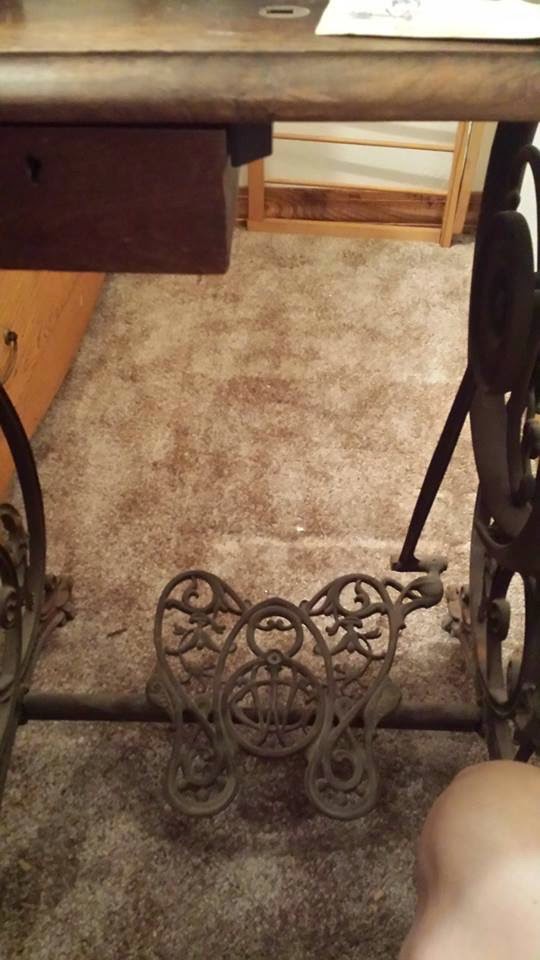 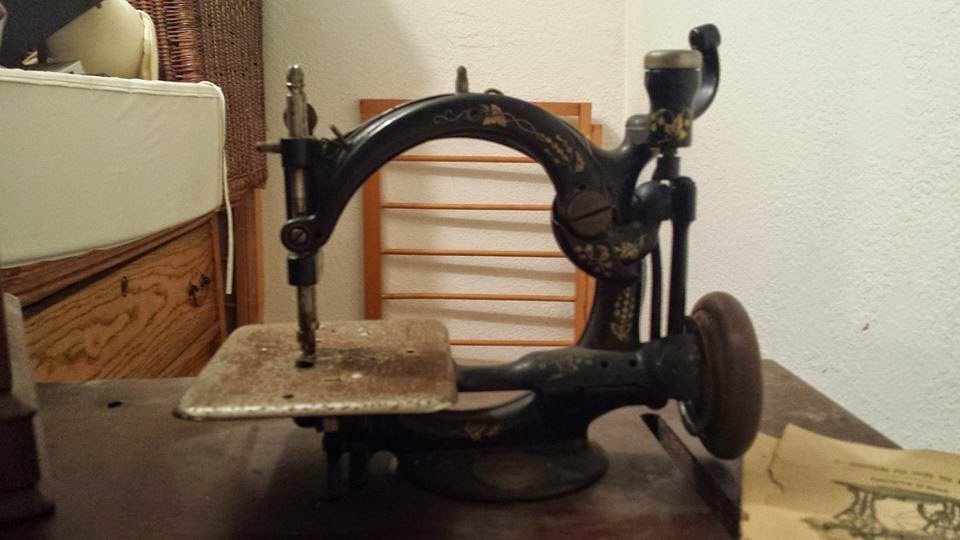 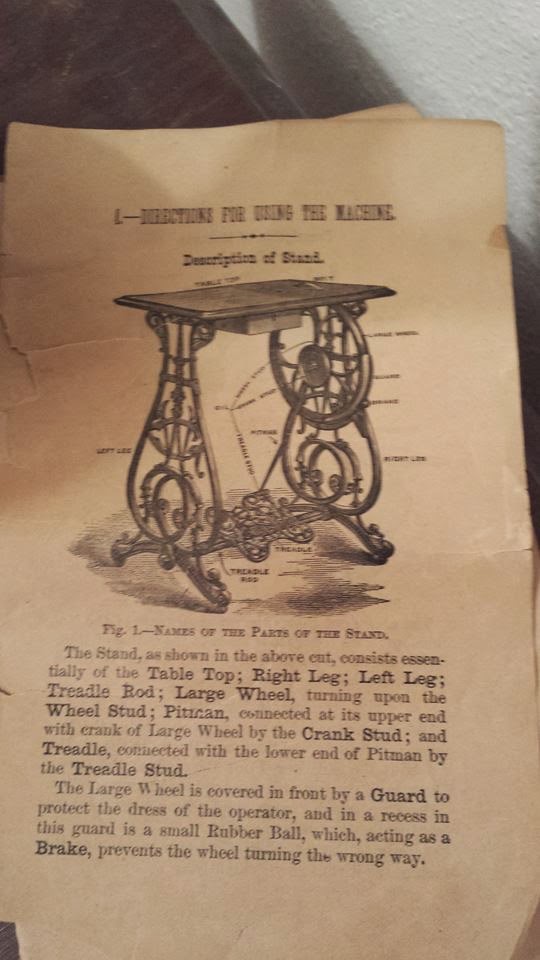 I will always dream of the stand!