I flew to Jefferson City, Missouri from Winter Garden, Florida. I was to visit a few days Logan’s Grandma and Grandpa Tappel. They really live out in the woods. It doesn’t look anything like Florida. Did I mention it’s cold? 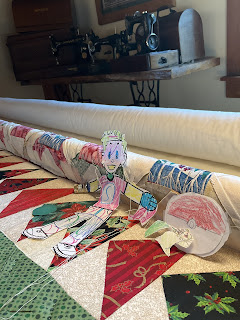 The first day I sat on grandma’s quilting frame.  I got a little tied up in her thread. She’s sewing millions of stitches in a Christmas quilt she made. She has made several hundreds of quilts. 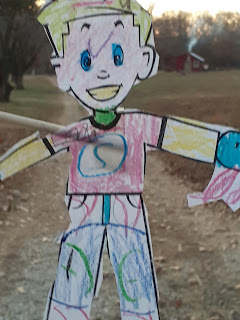 The following day I went a couple miles up the road to what they call Deer Camp. There is a certain time when hunting season is open. The little cabin in the woods is so pretty with smoke coming out of the chimney. 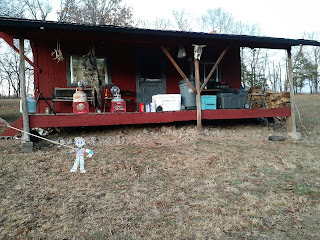 The front porch looks a little crowed with coolers. 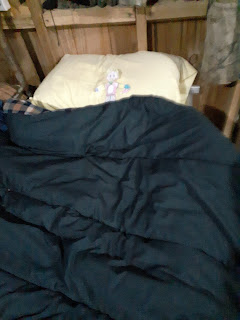 Inside, which was small, I checked out Grandpa’s bed, or as he called it a cot. I decided I was worn out and soon I was snoozing away. 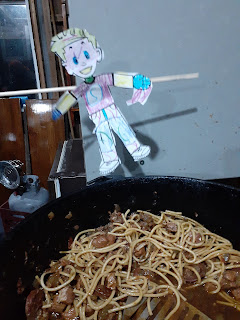 When I woke up, they had saved me a little dinner. It was Pastalaya. I thought I was in Louisiana, with that Cajun dish.

Sunday morning, I woke up to 3 inches of SNOW!! Brrrr! It was cold. But it was beautiful to see. 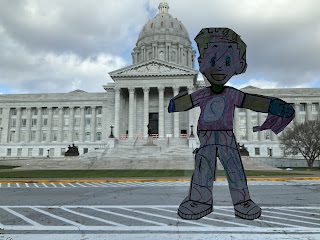 Wednesday I went into the city. Did you know Jefferson City is the state capital of Missouri? The capital is a beautiful limestone building. All the stone was mined in Missouri. 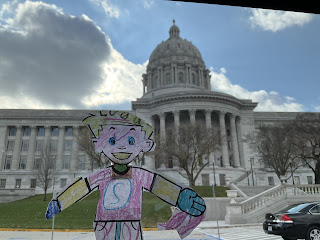 This is actually the backside; it sets atop the river bluff on the Missouri River. 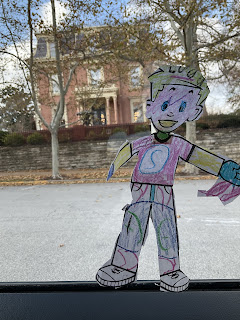 We then went to the Governor's mansion. I knocked on the front door, but he wasn’t home, however his Christmas tree was lit up!

Down the street we stopped at the old Missouri State Prison, which was established in 1836 and used until a new one was built in 2004.

I never got to see Grandpa’s blacksmith shop, but he gave me this picture. He’s been blacksmithing for about 48 years.

It was a fun trip but I’m glad to be going home to Florida because I forgot my coat!